Skip to content
This page may contain affiliate links. If you click through and make a purchase, we may earn a commission, at no additional cost to you.

So, you’re looking to branch out from your normal game play to some deck building games. But with so many options to choose from, what’s a noob like you to do?

Ready to see our picks? Check them out below in no particular order.

The second edition of the classic Dominion game comes with upgraded covers and cards. The rules have been simplified to make playing more fun and easier to understand.

This is a tactical game that is perfect for 2 to 4 players, over 13 years of age. 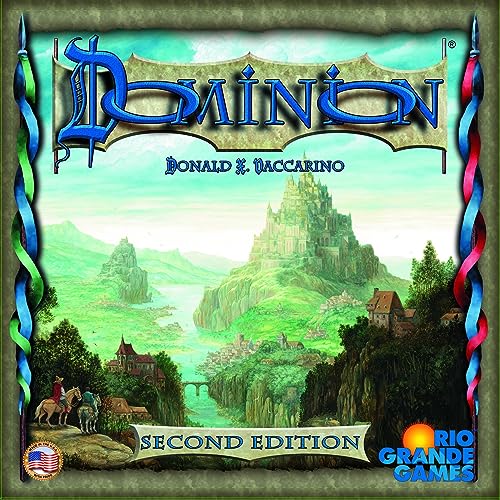 This game is exactly what the title states, you want to build a dominion. You are a monarch set on building a bigger kingdom.

You are in a race to claim as much land as you can. You also repel the other monarchs along the way. You must build, hire people to work for you, find more treasure, and maintain your own castle.

You must use build a deck of cards to get resources. You have copper and estate, but you want to gain gold, people, buildings, and provinces.

The Star Realms is a combat deck building game focused on building on spaceship in the star realm. You collect powerful ships, destroy the bases of enemies, and blow up your opponents.

Only 2 players can play with one game pack, which are relatively inexpensive. However, the game is expandable up to 6 players by purchasing more copies. 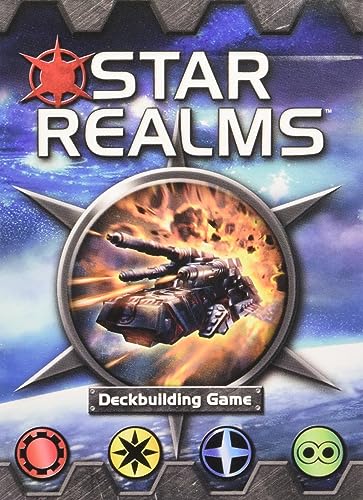 This game requires focus so it is best to play with small groups. This game is small and portable so you can take it on the go.

The Harry Potter Hogwarts Battle Deck Building Card Game allows you to act as your favorite character from the world Harry Potter. You can choose from Harry, Ron Weasley, Neville Longbottom, and Hermione Granger. 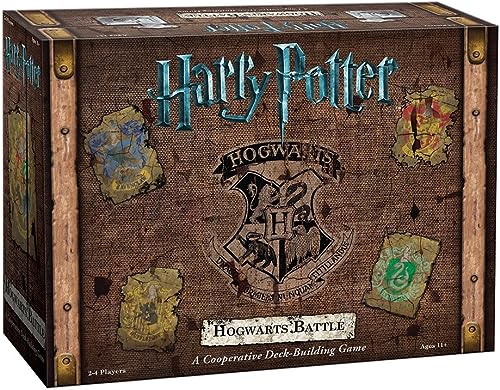 The purpose of this game is for you to save the Hogwarts school from the Dark Lord.

There are over 140 cards that give you the chance to increase your resources and abilities. There are 7 different adventures from which you can choose, each one getting more difficult with adventures that become more challenging as secrets unfold.

This game is great for 2 to 4 players.

Clank! is a game that blends deck building along with exploring maps all in one. This game takes place in a dungeon where your mission is to steal precious relics, but you must be careful and watch out for the dragon. 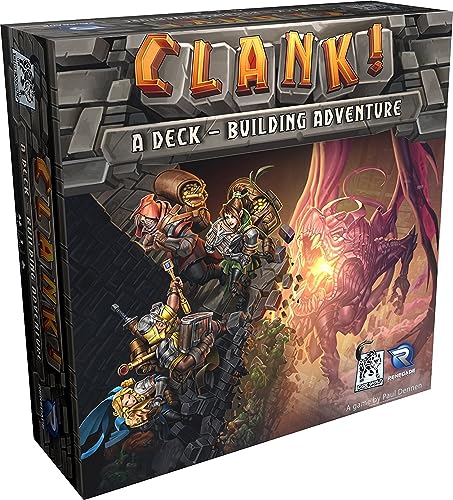 The deeper you go into the game it gives you the ability to get more valuable items. As you collect more cards, your abilities grow.

However, any noise can raise the dragon’s attention and it does not like you stealing from its dungeon. If you are the first one to make it out of the dungeon, you are rewarded and the other players may die.

This game is perfect for 2 to 4 players. The game board is double sided to provide you with the ultimate adventure.

Collect as many skill and money cards as you can to help you with your plundering. There are 182 game cards and 120 Clank! cubes along with a ton of tokens.

The Marvel Deck Building Game is a fast moving game, but simple to learn. This game takes place in the Marvel universe and includes all the heroes you are used to seeing, such as Wolverine, Hulk, or SpiderMan. 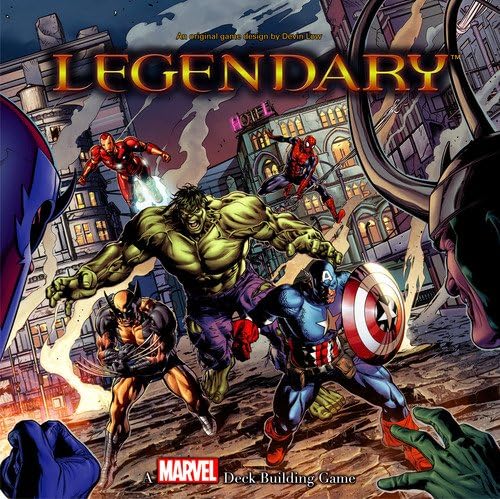 Players can choose from X-Men or the Avengers. They work together to defeat the villains.

Players get to pick a villain, such as Dr. Doom, Loki, or Magneto, and stack the appropriate attack cards with them. This game can be played with multiple players, but is also a solo game.

The game comes with almost 600 cards and a game board.

The Arctic Scavengers Board Game is based on living on Earth after a huge climate shift that has caused the world to be covered in ice. 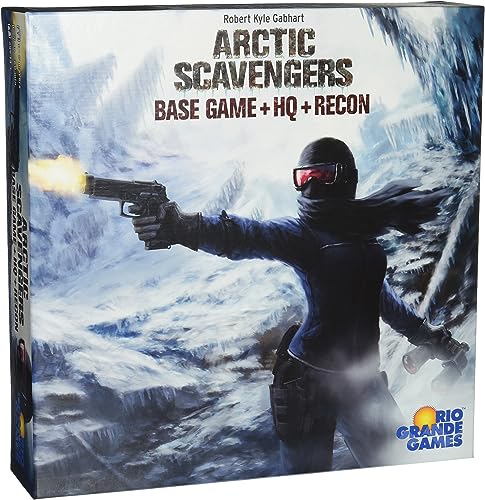 There are only about 10 percent of the population left and they must all come together to survive. Much needed supplies, such as medicine, tools, and other resources are difficult to find.

The remaining survivors have created tribes and they all fight each other to survive. The game provides additional paths to victory, tools, and other ways to engineer items for a new world.

This game is perfect for 2 to 5 players and it has an easy setup.

7. Valley of the Kings

This game allows you to take on the role of a noble in Egypt as they prepare for death and burial in the Valley Of the Kings. 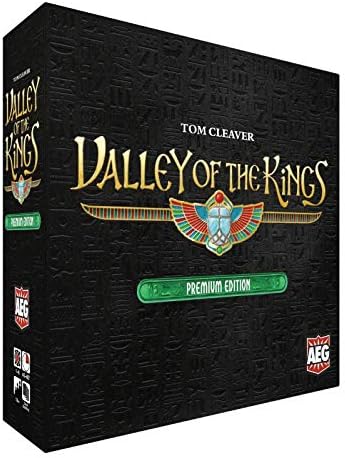 As you play, you fill the tombs with treasures that include food, statues, and amulets. The cards you need to collect are put in a pyramid shape and when you buy them and take them away from the pyramid, it crumbles.

You want to put all your valuable item cards in your tomb so when the game ends, they are entombed. This game is best for players over 14 years of age.

You can upgrade the components so you can play with more players.

The Tim Fowers Paperback Card Game gives the players a chance to make words by putting together letters. 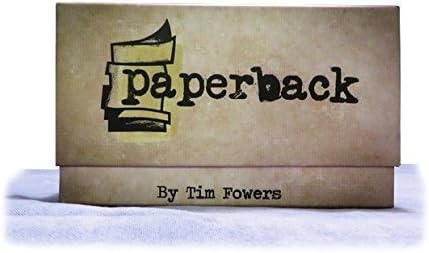 You buy letters which have special capabilities to help you score words. Scoring alone will not help you win the game.

You also need to finish writing novels so you can become the writer of paperback books. While this is a fun game, there is also an educational piece to it.

This game is great for 2 to 5 players and a typical game elapses 45 minutes. It comes with over 200 cards on premium card stock so they hold up to even more gameplay.

There are 11 dividers and 17 cubes made of wood.

The AEG Thunderstone Advance Towers of Ruin brings together ancient evil and the new world as the terror Doom has found a way into a new world after he was banished from his own. 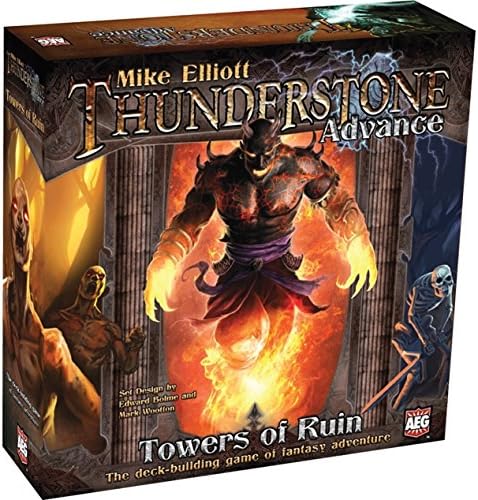 You have to advance to find him and defeat him. This game has a storyline to pull you in and get you hooked.

This is a revamped version of its predecessor. This new game brings more than 500 cards, new heroes, monsters, and villages.

You find new familiars on your side to help, as well as new bearers lurking to make your trek even more challenging.

This game is perfect for 1 to 5 players. Thunderstone is a great place for new players to start, or where those with experience can find new challenges.

This version of the game can be played with the existing cards. Or you can jump into this game with no prior knowledge. 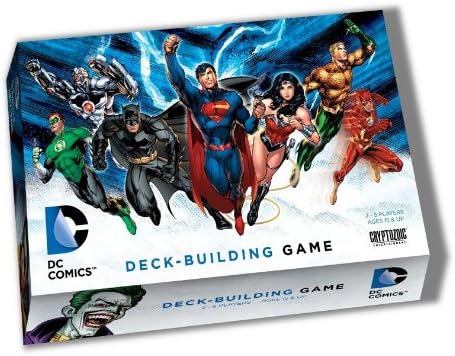 Once one super villain is defeated, it disappears, but a new one shows up and begins an attack against all the players. Players must use cards that are for defense, such as super speed, bulletproof, and batsuit.

The player at the end that has the most points wins. You can play as a DC superhero like Aquaman, Flash, Wonder Woman, Superman, Cyborg, Batman, or Green Lantern.

Each one of the super heroes has a special ability.

This game is meant for players over the age of 15. It is perfect for 2 to 5 players and comes with more than 200 cards.

It takes about 45 minutes to play. You can obtain 5 different cards: locations, super powers, heroes, villains, and equipment.

In this game, you use power to obtain cards that are even stronger to add to your deck.

This site uses Akismet to reduce spam. Learn how your comment data is processed.